Movie Review: The Back Up Plan

Planning - Most people love planning so much that everything in their lives are totally scheduled. Some people have a list of things to do, when to do them, what to buy, where to go, everything! I wonder how you would feel if one day you realize that you already have everything figured out and then something unexpected comes along and totally screws up with your plan? Wouldn't that just drive you crazy?

Well, in the movie, The Back Up Plan, Jennifer Lopez stars as Zoe, a single woman who owns a pet shop, who just can't seem to find a good man to be with her forever. Since she's an orphan and the only family that she has is her grandmother, she realizes that she needs to have a family of her own soon but with her standards, it was tougher than she thought. After thinking it through, she realizes that she doesn't need a man to give her a family, she just needs a sperm donor to give her a baby. She decides to be artificially inseminated. That rainy day while waiting for a cab outside the hospital, she accidentally meets Stan, a businessman who has a farm and they argue over who gets to stay in the cab. In the end, nobody won and they both ended up riding on the subway train instead. They thought they'd never see each other again but they did after Zoe sees him selling cheese at a nearby food bazaar. Stan then introduces himself to the mysterious Zoe but despite his advances, Zoe seems adamant not to let her guards down. Through a friend named Mona, Stan got her number and kept calling her eversince. He was persistent and didn't know when to quit so Zoe decided to give him a chance.


She decided that since she isn't sure if the artifical insemination actually worked, she figured while waiting, she should date Stan for a while. That night before going on a date, she takes a pregnancy test just to make sure of what's to come. Sadly, she wasn't able to see the results until later since her dog, Nats, decided to keep the test all to himself. So, they went on a date which turned into a disaster but they ended up kissing each other in front of her New York apartment which didn't sound so bad. When she gets home, she finds out she's been knocked up. She panics after realizing that things are going way too fast and it seems that her back up plan is starting to fall apart. What's more complicated is the fact that she has let Stan get through her heart. As she now thinks of a way how to make things work, Zoe decides to tell Stan the truth.


On their next date, Stan invites Zoe to his farm and as they spent some time with each other there, they had a steamy moment which lead them to having sex. Zoe never really planned on that but it happened and now, she has to tell him the truth which she did. Naturally, Stan didn't take it seriously. Zoe decided to take off at the crack of dawn to cool off. They don't see each other for a couple of days but still ended up being together. More pressure goes to Stan as he realizes that Zoe is carrying twins. He realizes how much he should work harder now and that his plans for his life have to change too. He decides to quit night school and just get another job while Zoe still tends to the pet store. Apparently, things get way out of hand and they end up breaking it off with each other. But when Zoe's grandmother decides to get married to her long time fiance, Zoe decides that Stan is the one. On her day of labor, she gets to him and tells him how she feels. He was infuriated at first because he never really planned on leaving, he just hated that fact that Zoe always thought that he would abandon them somehow.


Like in all good stories, there was a happy ending for almost everyone in this movie. It wasn't exactly one of the best movies of Jennifer Lopez but it definitely was an eye-opener. It just shows that sometimes no matter how hard you plan your life, sometimes fate has a few little things that it has on it's sleeve and sometimes you may not like these things but in the end, you will learn to accept all of them. Not everything needs to be planned. I guess sometimes it's more fun to be spontaneous. Just like what they always say, life is too short to waste on worries and regrets. Take risks and be more adventurous. That's the only way you can say that you lived an enjoyable life. Always playing safe is boring. I have learned that lesson a long time ago and I am still applying that lesson to my life now. Everything might not be planned in my life now but I know that things will fall into place in the future somehow. I just need to learn to adapt and simply have faith. 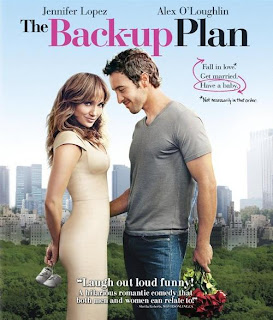 How would you feel if your girlfriend was artificially inseminated and was pregnant before you guys met? How would you feel if you knew exactly what you wanted to do with your life and suddenly fate throws something unexpected in front of you? Would you learn to adapt and accept the changes or would you just walk away and start all over again?
Posted by kittypaws at 9:35 AM