My Thoughts On Compromising And Complaining

Odd. I don't understand why some people don't have anything else to do but complain despite the fact that they should be busy with things that are far more important than that. I honestly will never understand such people. I have never been so stressed out in such a short time ever. People who complain give me negative vibes. People who do it everyday give me a headache. People who have nothing else to do but complain without even knowing what the word compromise means keeps me up at night.

I have been hearing of the word, compromise, for a long time now. It is applicable not just at work but also when it comes to relationships, whether romantic or not. Through the years, I learned what it truly meant. Through the years, I have realized that compromising is not easy although that does not mean that it isn't worth trying. Through compromising, more people benefit from it. Through it, more people become happier. I wonder why people who constantly complain have never heard of it. Perhaps they have. Perhaps they are just not into it or never want to do it. It takes a brave and strong person to learn how to compromise.

Why compromise when I can just complain my heart out? Sure. I have heard that before. I have gotten used to hearing it. I have gotten used to being with people who only care about themselves. I hate selfish people. I hate people who things about their needs above others all the time. I would understand if people would only have moments of selfishness and then eventually learn to compromise. What I will never understand are people who just go about doing whatever they want and then complain when they can't get what they want. Will there ever be hope for people who are this way? To be honest, I do not know myself. All I know is that true change should come from the heart and if a person does not want to change then it does not matter how many people influence him/her to do so. In the end, nothing will ever come out of it.

Professionally, compromising is something that employees, bosses and the rest of the staff at an office needs to do. However, what happens when the employees and the rest of the staff will become selfish and just look after their own interests? Of course, it would end disastrously. Just like building good and harmonious relationships, we will never have one if we don't learn to give and take. As an employee, I know this well. I have had good bosses and bad ones. However, I don't regret those experiences for I have learned a lot from them. I have learned that compromising can only work if people want to do it and if there is something in exchange for it. If an employee will be willing to compromise then the bosses should too. Compromise is not exactly a popular word because it is synonymous to sacrifice. Nobody wants to sacrifice anything. That is the harsh truth of life. If only more people will become more selfless then maybe the world will become a better place... 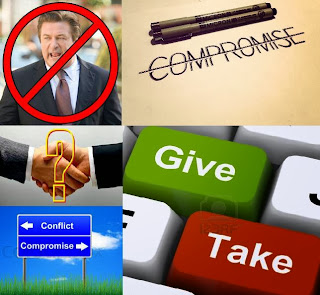 Oh, The Reality Of Life!

Sometimes I find myself drifting away. I feel like I am dreaming. I feel like I am not supposed to be here. But then I realize that everything is true and that something that I love is truly gone, never to return, never will I see again. Oh, the reality of life!

I am back to work in an office again. At the moment, I have two part time jobs. One is a writing job and the other a teaching job. Although I am used to teaching students, sometimes I still feel like I shouldn't be doing this again especially since I lost Lilly while working for a different online teaching company. Meanwhile, although writing is fun, sometimes I find myself losing time for it. Nowadays, I need to be able to budget my time more. It just gets harder because apart from work, I also need to devote the rest of my time for school.

Culinary school is fun. I never expected it to be this way. I never expected to even take it. But now that I am doing so, I should be brave enough to welcome new challenges and perhaps even brave this unknown journey which I don't know where it would take me. I love cooking and baking for fun. I like feeding my husband, my family and other people. I love it when they enjoy whatever I prepare for them. But sometimes I question if those reasons would be enough for me to be successful in the said industry. Whether or not, I shall be a successful chef someday, only God knows.

Sometimes apart from drifting away, I feel myself being anxious. I hate feeling anxiety especially when it makes me feel inadequate. I don't like feeling so crippled. I wish I could do more but sometimes I succumb to my fears, to my anxieties. I just have to learn to let go. I have to learn to be better one way or another. Although many people see me in a positive light, sometimes I feel pressured because of that. I feel pressured that people think I can do whatever I want and succeed in them. I feel pressured to do better and in the end, not do well at all. I wish people would understand that but then again, who am I to complain?

The second week of October is here. Yet it has been both busy and not busy. Coping with the changes is something that I am good at. I only hope that I haven't gotten rusty yet. For now, my other motivation to be something better is no longer with me, but that doesn't mean that I should stop striving hard for her. One day, I know my little Lilly, who is now in heaven, would be proud to call me her Mommy. I hope I will not disappoint her one way or another... 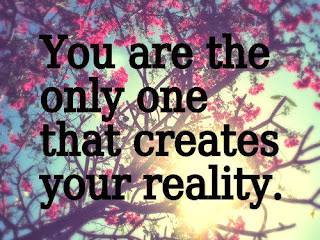 Posted by kittypaws at 6:16 PM No comments:

October has just begun. So many months has passed since I last wrote something here. Time might have passed by and yet, I still grieve for what I have lost. My beautiful daughter could have been 8 months old this month. Oh, the joys she would have brought upon us. But now, all I can do is dream and think of better days. I have survived the months filled with longing. Although I still cry at times whenever I wish my little Lilly was with me, I know that there is nothing I can do about it now. Starting over is never easy. The paths were rocky and unclear but I continued walking hand in hand with my husband in this unexpected journey. Although the paths have started to clear for both of us, there are still some paths that we have to go to blindly. As we continue to cling on to our faiths, we have only one another to survive everything.

October might have just begun but both of us are hoping for the best. I might not know what will happen next but I am praying that God will lead the way for both of us. 2013 might not have been the year that we have expected it to be. It was filled with nothing but sorrow, hardship and pain but hopefully, this year will end better than it started. We will miss so many people who have been a part of our lives who have passed away this year. Sometimes I wonder if they were all meant to leave us this way. Although are hearts continue to weep and yearn for them, we know we can never bring them back here. But that doesn't mean that we will no longer think about them or even tell them how much we love them. They are in our prayers still.

Oh, October, please be kind to me. Isn't that always what everyone asks for during the start of a new month? I would be a hypocrite if I would say that I would not ask for the same thing. A new beginning, a new life. A lot of changes have happened and a lot more will arrive. I just hope I can be ready and that I will be ready to take them all. My life is not exactly perfect at the moment. It never was and it never will but sometimes I wish it was. Sometimes I wish everything was clear. So, October, please be a better month for me. Please take away the sadness and just give me clarity... 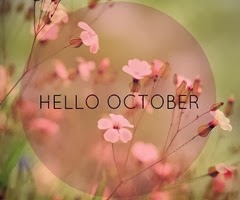 Posted by kittypaws at 9:29 PM No comments: