Who Is The Biggest Fool?

Why is it that even if you have already put yourself on the line for some people, they still are foolish enough to continue making a fool out of themselves? I do not understand as to why it is so difficult to understand why some things should change and that sometimes these things need to be done by you alone even if you had the help of others in guiding you to the right path. I have a friend who I recently found out has a girlfriend who has apparently been cheating on him for another guy online. I came about this secret without any of the parties involved knowing it. It was an honest mistake which I now believe should never have happened to me in the first place. I accidentally saw the wall posts that this alleged other guy left on her facebook wall. As a concerned friend, at first I did not want to meddle but eventually, I had to do something. When I found out that she had been spending way too much time with this mystery man online through facebook and through yahoo messenger, I decided to do something about it. When I saw the evidence right in front of me, I didn't waste the chance to screen capture it and save everything I could find through my USB flash drive. After reviewing the evidence, I realized it was all true. She was cheating on him for another guy that she had met online. Does that sound fair to you? Of course not.


As the days passed, I had the evidence on hand but didn't really what to do with them. Sure, I intend to show them to my friend so that he would know of what had been going on with his girlfriend but apparently, it was easier said than done. I didn't know how to break the news to him but somehow I was determined to reveal the truth as he deserved to know. He had every right as my friend and as her boyfriend to know what is going on. The only difference is the truth won't be coming out of her mouth directly but rather from mine. At first, I did hold back on the thought of meddling in their lives and even wanted to do it anonymously by simply sending him the files but I wasn't a coward and I wasn't backing out now. In the end, I said it. I confronted him and talked to him about it. I showed him the evidence as he calmly saw everything. He found out the truth but was not angry at me for sharing what I had to share. I couldn't lie to him. I told him I did some snooping around. He asked if my evidence was reliable. I told him yes. He simply thanked me for telling him the truth and promised me that she would confront her girlfriend about it. He also promised not to bring up the source of the information which was me. I felt the weight on my shoulders lifted somehow. I felt better that I was able to help him in the way I thought I could. I didn't know what to expect at that point. All I knew was that something was coming up between. I just never bothered to ask.


A week passed since the incident and as I remembered what had happened, I decided to ask what had happened between their meeting. I asked in a casual tone as any friend would do. He said he had confronted her about her but she did not deny it. She did meet someone new but he wasn't worth anything to her. He was nothing more than a mere friend. I wanted to shake his core and look at him in the eye to ask him if he was blind. Clearly, he was seeing straight or perhaps he is being blinded by what he feels inside. I was shocked to find out that after all the evidence I collected and presented to him, complete with timestamps and date logs, he still believes her. He still believes that she loves him so much that he would never do such a thing. I wanted to hit my head on the wall for ever believing that he wasn't foolish enough to fall to her wiles but unfortunately, he had. I was helpless. I didn't know how to help him get away from such a terrible situation. Then, I realized, why should I care? I didn't want to be a cold hearted person but sometimes I guess I just need to be. Especially when it comes to dealing with people who might not see past anything even if it actually hit them in the face. I stayed away from both of them since then. I never wanted to be a part of the tolerating process. I didn't want to become a fool myself. I didn't want to be called the bigger fool for tolerating his girlfriend for cheating and him turning a blind eye and a deaf ear through it all.


After all has been said and done, I found out that his girlfriend has a record of breaking men's hearts. Cheating on them as they turn their backs on her while she does her best to hide every single bit of information possible so that she would not be caught. Too bad I caught her. The only problem was her boyfriend was dumb enough to just push everything aside. Yes, love is blind and probably deaf as well in his case. This is not my life. That is what I keep on telling myself and I walk away from saving my friend, I realized that there is no point in saving someone who does not want to be saved. He was like that. Little did I know that he already knew about his girlfriend's past and he knows everything about her, yet, he still sticks with her with high hopes that she would change someday. What if she doesn't? I applaud the man for his blind fate but sometimes doing things with your eyes shut or your ears covered can't do anything good. But alas, he has brought this upon himself. So in the end, who is the biggest fool? Was it me that exposed the truth to him? Was it his girlfriend who pretended to be victim and decided to act all innocent to save her ass in the end? or was it him for putting faith in someone that might never even change and might break his heart into a million pieces when she leaves him? I guess I will just let you choose. 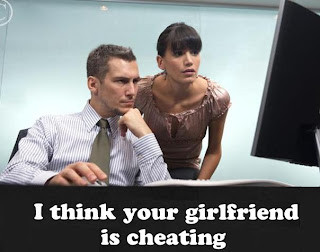 Am I the biggest fool for caring and telling him the truth? 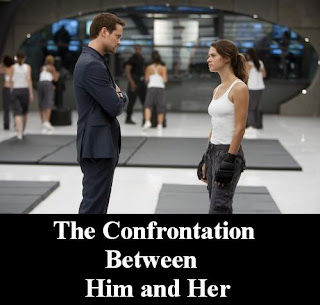 Is he the biggest fool for trusting her again? 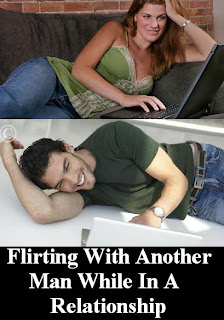 Or is she the biggest fool for thinking that all men can ever fall for her whims and can be manipulated by her?
Posted by kittypaws at 12:49 PM